The common culprits of claims leakage

It goes without saying that the true test of an insurer is in its ability to manage claims effectively. Competent claims handling is absolutely vital if firms are to meet or even exceed their customers’ expectations, while it also helps to reduce the number one risk to an insurer’s bottom line: paying too much per claim.

The insurance world has a handy turn of phrase to describe this: claims leakage. Simply put, claims leakage is the difference between the actual cost of a settlement – plus the expense of processing it – and the optimal price of that transaction. So, should an insurer pays X amount above what would have been profitable for a particular claim, that figure is considered leakage.

Almost all firms, regardless of the market segments they serves, are susceptible to claims leakage. Similarly, the phenomenon itself tends to arise as a result of a few recurring issues that are just as applicable in one vertical as the next.

Here are some of the common culprits of claims leakage. Could any of them be affecting your company?

A poor workflow without proper control mechanisms is one of the core reasons that claims leakage happens, for a variety of reasons. The firm could fail to collate and review all of the relevant evidence, for example, allowing inaccuracies to creep into the final settlement sum. Just as pertinently, time is money: if claims handling is routinely slow and staggered, this will inevitably lead to bigger financial losses per transaction than if it were fast and efficient.

A surprisingly large number of insurers today are guilty of using their time unprofitably, particularly due to their continued use of legacy claims handling systems that date back years if not decades. Low-level tasks are rarely automated, so claims adjusters end up putting time towards non-value processes rather than evaluation and negotiation.

A lack of process automation isn’t the only problem that arises as a result of insurers’ continued use of legacy claims handling systems. Another hallmark of this decades-old technology is a lack of integration: items of mission-critical information are often distributed across a multitude of systems implemented at different times, and need to be manually rekeyed when moved from one to another.

This not only slows down the overall process, but also introduces the possibility of persistent inaccuracies across the claim lifecycle. Additionally, the non-availability of data can make it much tougher for claims adjusters to review cases both efficiently and competently.

Migrating to a new end-to-end claims management system also opens up the possibility of leveraging emerging IT disciplines such as predictive analytics, allowing an insurer to study its own day-to-day claims leakage in more depth than ever.

Finally, the human element is another common culprit of claims leakage. This is true not only of instances in which data entry is conducted manually rather automatically, but also when claims adjusters are not properly trained in the overall process, or else not fitted out with a full complement of skills quickly enough. An insurer that fails to phase out aging, byzantine business processes and technological systems will only exacerbate this third common source of claims leakage. 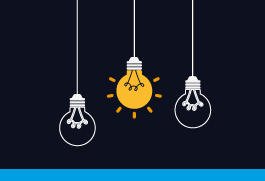